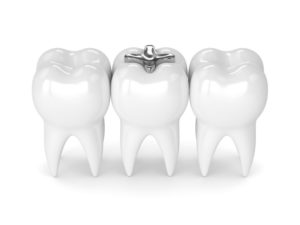 While you were pregnant or nursing, you were probably very careful about the foods, beverages, and medicines you put into your body. This desire to protect your child is natural for mothers and father alike, but did you think about that filling you had placed years ago? You’ve never been happy with it because of its glaring, silvery color, but you needed it nonetheless. Unfortunately, these “silver fillings,” are what is known as a traditional amalgam restoration, and the substance inside it – mercury – can be harmful to pregnant women, nursing mothers, and even young children. As part of Mercury-Free Dentistry Week, August 25-31, protect yourself and your child from this harmful toxin, and find out why it is suggested you seek safe mercury removal in Weyauwega.

Why is Amalgam Dangerous for Pregnant Women, Nursing Mothers, and Children?

During pregnancy, most women are hypervigilant about what they can put into their body. Often following the orders of their doctors and expertise of their dentists, these women may not realize how dangerous some of the products they’re using and ingesting can be to their unborn child. According to the U.S. Food and Drug Administration (FDA), it was revealed that mercury does pose a level of risk for unborn and younger children.

Charlie Brown, who is the former attorney general for West Virginia and president of Consumers for Dental Choice, stated, “The developing neurological systems in fetuses and young children may be more sensitive to the neurotoxic effects of mercury vapor.”

Additionally, the FDA goes on to say that amalgam has not been proven safe for nursing mothers or pregnant women, as there is barely any viable clinical information available pointing to possible safe levels.

During the Minamata Convention in 2013, which is designed to focus on lowering mercury pollution, more than 100 nations signed to have dental mercury included in a global treaty to reduce the use of dental amalgam. Since that time, the European Union voted to ban partial amalgam fillings in pregnant and nursing women, as well as children under 15 years of age. The FDA in the U.S., while they admit it poses a risk to children, has done nothing to ensure the oral and overall health of the youngest members of our population or those carrying the next generation.

How to Find a Safer Alternative?

Currently, about half of the dentists in America offer a safer alternative to amalgam fillings – composite resin or tooth-colored fillings. Mercury-free dentistry is not an uncommon approach, and most patients can find a dentist nearby who can help, but why isn’t it 100% instead of 50%? Much of it has to do with costs for the dentist and insurance companies, but that’s where the public can put on the pressure by demanding change.

To begin with, metal should never be found in the mouth. It’s not a normal place anyway, and when you combine this amalgam with your saliva, it’s no wonder patients complain of a metallic taste. Not only is this harmful to ingest over time, but it can be damaging to your already weakened teeth.

A clearer, safe alternative is composite resin or tooth-colored fillings. Your holistic dentist in Weyauwega can safely remove your mercury fillings and replace them with a composite resin that is stronger and lasts longer. Not only will it save more of your tooth structure than an amalgam filling, but it will also seal off the area, so infection does not reoccur. The material is biocompatible, which means it’s safe for your tissues and the environment.

If you’re unsure about the materials your dentist may be using, don’t be afraid to ask. It’s important that you have a say in what goes into your mouth, and if you’d rather not pursue that particular method of treatment because of the necessary amalgam used, then maybe it’s time to find a holistic dentist who will promise to keep your oral and overall health in mind with every procedure.

About the Author
Dr. William Twohig, DDS, has dedicated the last 20 of his 40 years of practicing dentistry searching for alternative methods to offer his patients. Believing natural materials are the best way to treat a patient, Dr. Twohig offers safe mercury removal for individuals with traditional amalgam fillings. Since mercury is a highly toxic substance, he can carefully remove the material and replace it with a tooth-colored filling, which uses a biocompatible composite resin that is safe for you and the environment! To find out how we can help you, visit our website or call (920) 867-3101.

Sorry, the comment form is closed at this time.